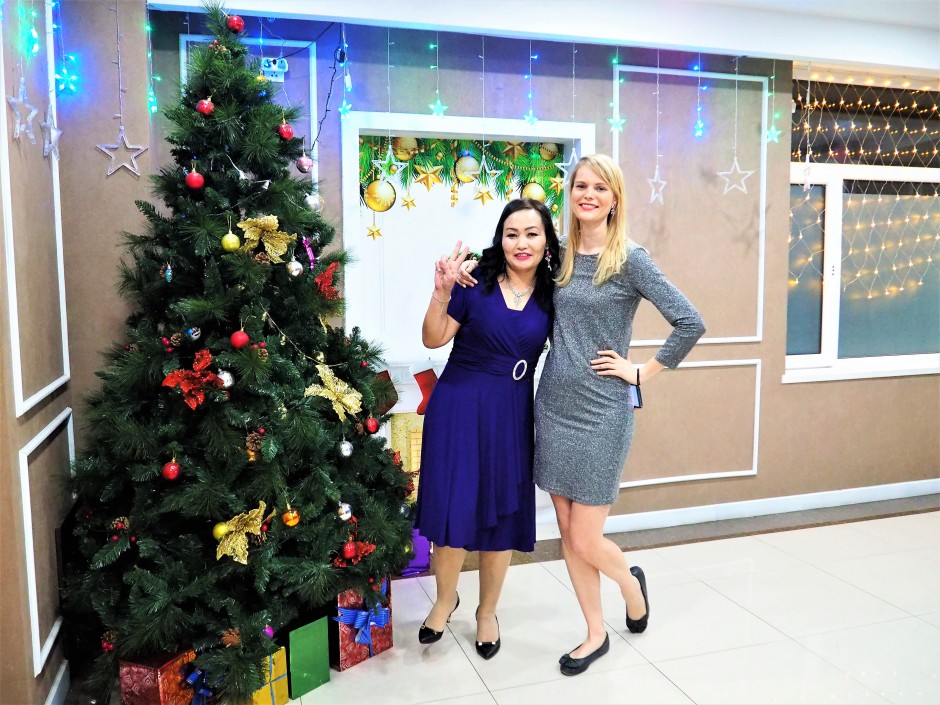 December was a whirlpool of events.

December in UB is also cold.

I took my GRE in the city. I had been studying since September. I was the only person staying in the guesthouse for two nights. It was eerily cool. The bell to the door was never ringing and I had an entire room to myself. The GRE was at the Mongolian University of Science and Technology. An easy walk from the guesthouse but once I was there I realized I didn’t actually know which building I had to go in. I ended up having to call someone who had taken the test earlier in the month and found the place within minutes. I had at least been in the right building but wrong floor. Then someone thought I was a guest speaker and tried to drag me off somewhere else.

It was just me, a Russian woman, and two Mongolians. Other than a 10-minute power outage that occurred in the middle, I finished the test in just under four hours and was relieved to be done. I rushed over to Granville Restaurant where I devoured a cheeseburger and fries.

It has made me so jovial on Sundays when a solid amount of kids come for Sunday’s English club. Usually clubs in Mongolia see a decline from 70 to 12 to 4 students. When I arrive at the Children’s Center I wonder, “Is this the day when kids stop showing up?” But I think I’m doing something right.

This month, kids have been learning Christmas songs. Jingle Bells is popular but I also taught them lesser known songs such as Frosty the Snowman. In addition, they created Christmas word trees and watched the cartoon “How the Grinch Stole Christmas.”

Christmas was celebrated for the second time away from home. On Saturday prior to Christmas, we had a PCV Christmas dinner with friends from nearby aimags and soums. We finally ate the turkey Peace Corps gives us every year. I was fortuitously not in charge of the bird. I still remember the turkey blood and the breaking of my fridge from last year. On Christmas morning, I opened up the presents I kept hidden away under my bed and then went to school for a few hours. There were Christmas performances at school. All teachers participated in secret Santa. For two-weeks, we had to buy 5 presents for our chosen ones and secretly deliver them. It was arduous work having to sneak into the director’s office when he wasn’t around.

Nation-wide all schools began winter break earlier then expected. Aimags and soums have different reasons. Some say it’s because it’s too cold. Other places because of sickness. The governor issued his statement and students and teachers were told to stay at home. This included the cancellation of other extra curricular activities. So as a result, winter break extended from two-weeks to one month. Despite early closure, my school still had its New Year’s party. I donned a dress I bought in UB. 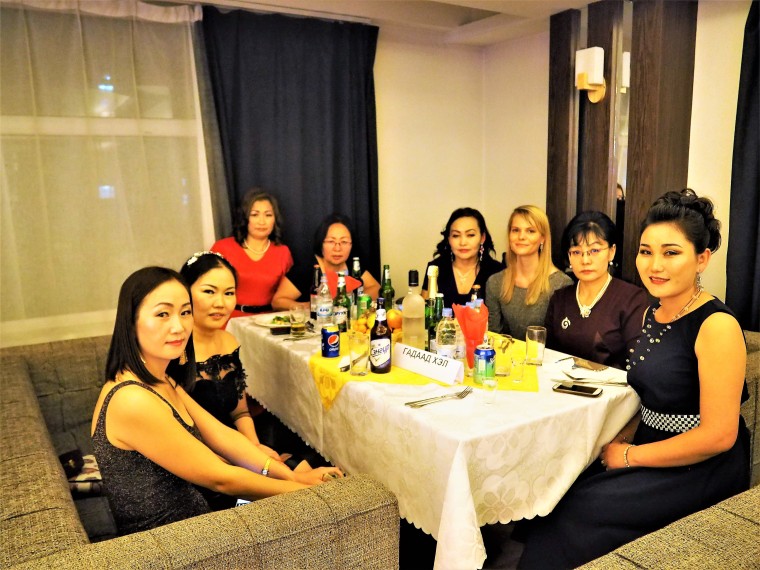 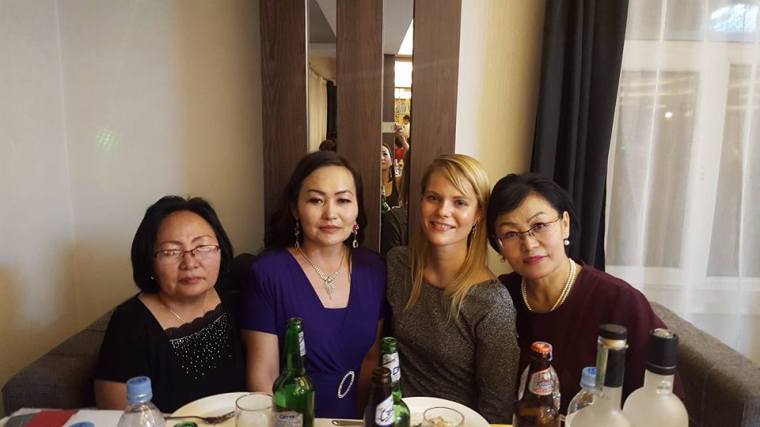 First holidays abroad and I must admit, it was tough on me. There were just too many Buchanan traditions I missed out on that I craved all throughout December such as seeing our Swedish Christmas tomtes decorating our home; decorating the Christmas tree; baking Swedish gingerbread cookies while munching on the dough; walking amongst all the twinkling lights that crown Chicago; eating a smorgasbord for dinner; driving to the airport at midnight with my dad to pick up my brother; and pestering my dad with my incessant chatter that makes him wish my brothers came home more often.

But Peace Corps Volunteers must adapt to new changes in their lives. So I made the most of my new situation. Just like in America, all stores in my aimag were decorated for Christmas and New Year’s. The government square had a large Christmas tree in the center. In the market, small Christmas trees were being sold along with lights, ornaments, little Santa jackets, and ribbons. I played Christmas music in the mornings and plugged my Christmas lights in every night. 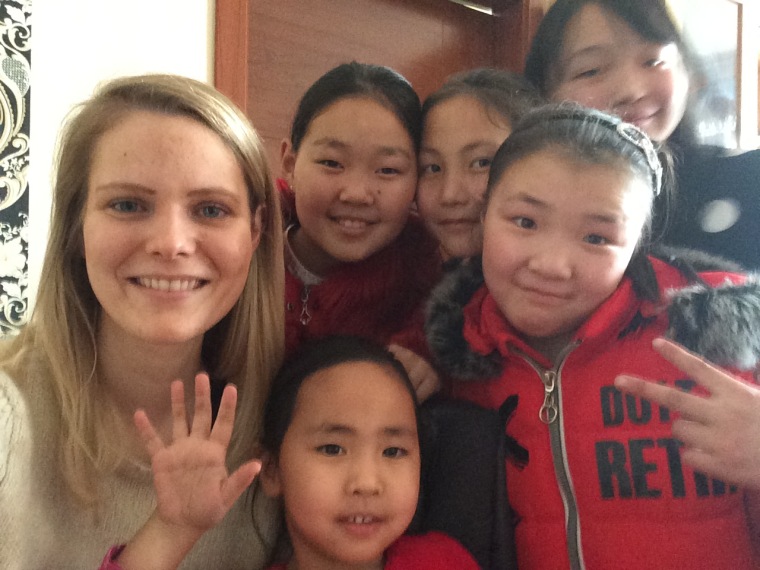 My school held a Christmas/New Year concert in the sports hall. Each grade decorated a small Christmas tree that were lined up alongside the stage. Students sang and danced and Santa gave out presents to the best students. The Russian Santa isn’t a jolly, fat, and red suited fella we’re used to but is tall, thin, and dresses all in white.

I also attended the Young Teachers Christmas (Shinjil) party with my site mate, Jenni. The hall was decorated with snowflakes hanging from the ceiling, a Christmas tree was flashing away in a corner, banners saying “Merry Christmas” hung on the walls, Santa made an appearance, and women wore glittery dresses. At seeing the dresses, it felt like I had been transported back to high school prom while simultaneously feeling under dressed. Yet, the real Christmas miracle was having fresh pineapple delivered to our table. My first taste of pineapple in 6 months.

During IST, Peace Corps gave each aimag a turkey. Having never prepared a turkey before, I did extensive research before undertaking the task. What did I come to realize? That a big turkey requires a big pot that requires a large refrigerator. A counterpart supplied me with the pot but the pot barely managed to get into my tiny fridge. I was lying in bed when I heard a thumping sound but I thought it was the children next door to me. The thump came again and then I remembered that a massive pot filled to the rim with salt water in which a turkey was floating in was in my fridge. I caught the pot before the entire shelf came crashing down. My Friday night was spent duct taping my shelf back up and cutting up the turkey into many pieces to be put into a smaller pot. There was turkey blood everywhere.

Nevertheless, our Christmas Eve feast was a success with the turkey, roasted potatoes and carrots, and cinnamon rolls. On Christmas, we prepared a brunch that included blueberry scones and strawberries. I chatted with my family and opened my Christmas packages my parents sent.  It was a Christmas spent with my sitemates who become like family during your service. 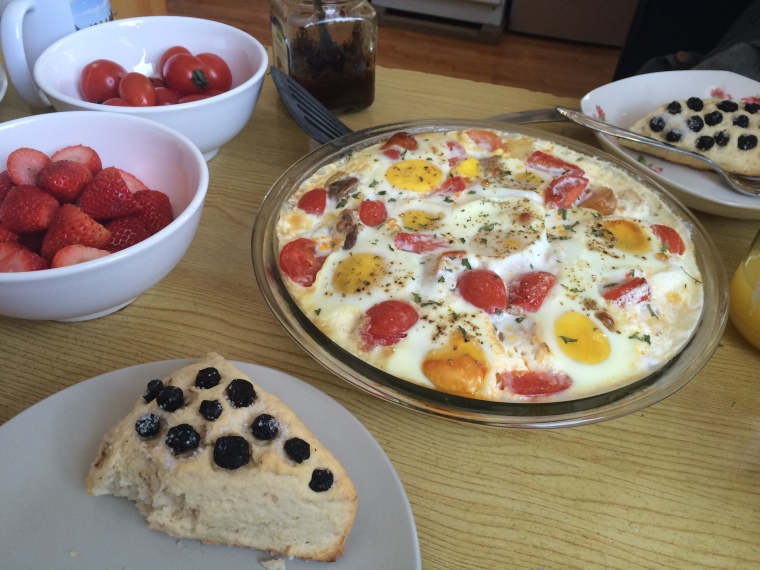 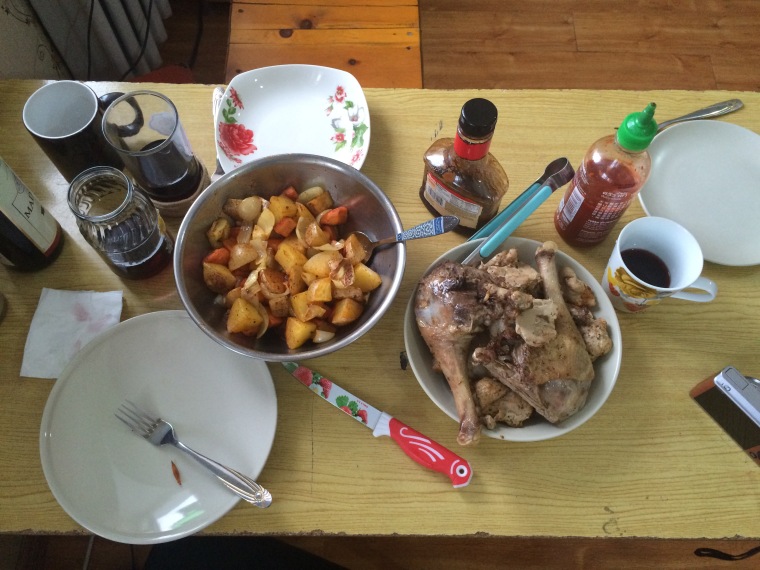 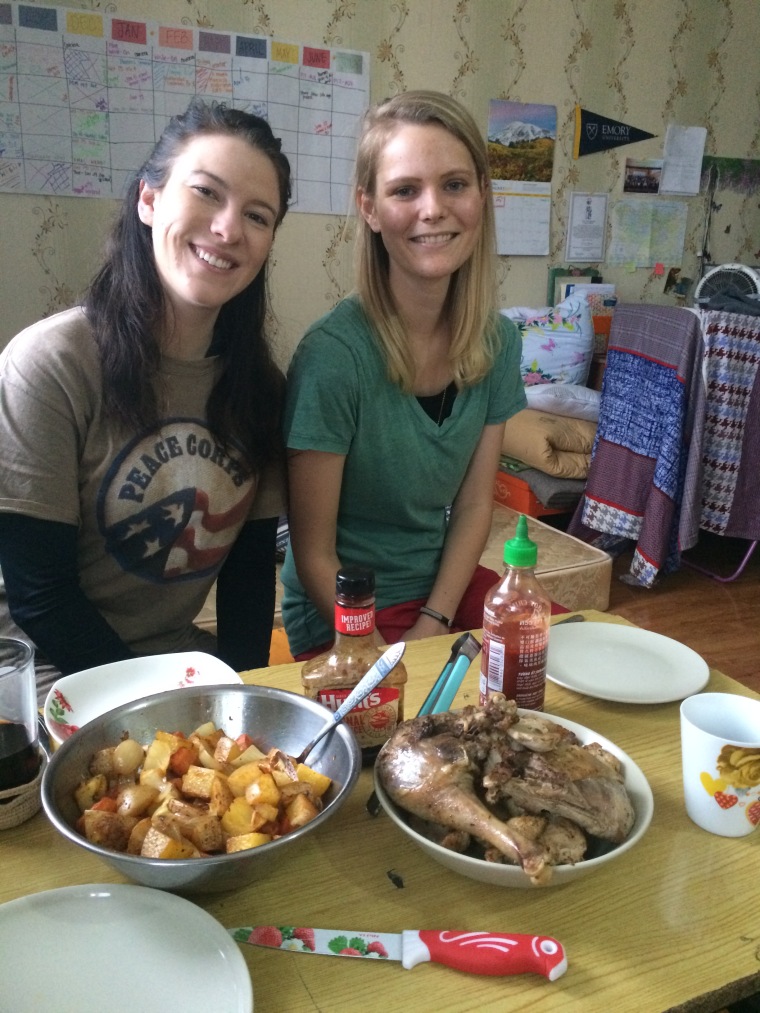 For New Year’s Eve, my counterpart invited me to her home. She had spent two hours the day before preparing buuz, Mongolian steamed dumplings. I feasted on the most delicious buuz I’ve ever had. At midnight, 2017 swept in as little fireworks popped in the sky.

What’s my New Year resolution? I don’t really have one except to continue my service as a Peace Corps Volunteer.